A Conversation with Julian Schnabel from Alex Dunn - Editor & Producer on Vimeo.

A Conversation with Julian Schnabel from You Know on Vimeo.


A Conversation with Julian Schnabel from Alex Dunn - Editor & Producer on Vimeo.

The american artist Julian Schnabel became famous in the early 1980s for his plate paintings.
He also made a name for himself as a director and screenplay writer with his first film, which was about his friend and fellow artist, "Jean-Michel Basquiat" (1996) and his second film, "Before Night Falls". He has exhibited in all the world's greatest museums and his works can be found in outstanding public and private collections.

In this short Schnabel talkes about his series of over painted Polaroids. The original Polaroids Schnabel used a huge, spectacular 20 x 24-inch Polaroid camera on wheels dating from the 1970s to create unusually large-format images (51 x 61 cm) which are now exhibited at the NRW-Forum in Düsseldorf (30.05.-11.07).

Institut für Kunstdokumentation und Szenografie
A film by Ralph Goertz
© IKS/Ralph Goertz 2010
music by Julian Schnabel/used by permission I recently purchased two prints by Julian Schnabel when I was in London. They are fantastic and huge prints (signed and numbered.) I wanted to share them with you. 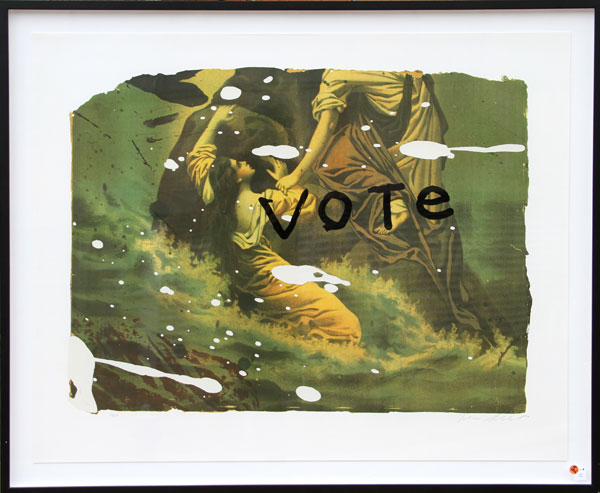 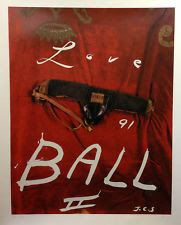 I have always loved how he used very traditional methods of painting or creating artwork and then
he would go into his jar of paintbrushes and create typography that was unique to his own handwriting. It is a mix of art and type and image for me.

Posted by stan anderson at 8:48 AM